History of the Pyrenean Mountain Dog 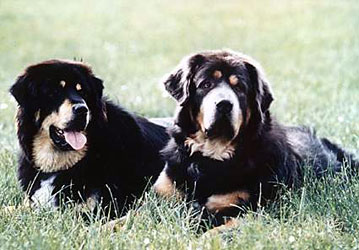 The ancestor of the Pyrenean Mountain Dog probably migrated from Central Asia to Europe. Fossils would point out that this breed has been living in the Pyrenees for about 4000 years since the Bronze Age. Together with the Mastin Espanol and the Mastino Napoletano, it’s a descendant of the ancient Tibetan Dog.

They are tall, impressive and have developed in the mountains of Southwest Europe as intelligent, courageous and strong dogs. With their alert senses and weather-resistant fur, they were perfectly able to protect flocks against predators. 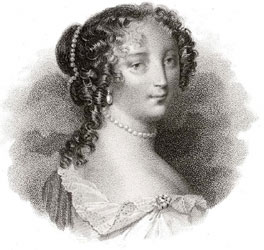 In the 17th century, they were discovered by the French nobility and were used to safeguard the castles like those of Foix, Lourdes and Carcassonne. In 1675, Madame de Maintenon, nanny of the Crown Prince, met this breed when visiting “les eaux de Barèges”. She decided to take one with her to Paris. This tall white dog is admired at the court of the Sun King, where he receives the noble distinction of “royal dog”.

The Pyrenean Mountain Dog was present on the first French dog show in 1863. Very few of these dogs were seen outside their country of origin before 1930. As from then on, several high quality breeding dogs were exported to North America and England. 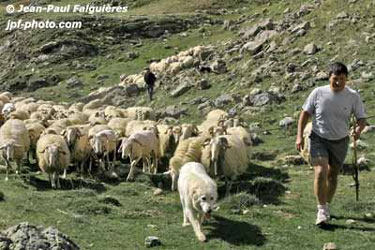 Today, the Pyrenean Mountain Dog is present all over the world. He is used as herdsman, a task in which he excels. He is also very appreciated for his exceptional quality as companion dog.

Save
Cookies user preferences
We use cookies to ensure you to get the best experience on our website. If you decline the use of cookies, this website may not function as expected.
Accept all
Decline all
Read more
Analytics
Tools used to analyze the data to measure the effectiveness of a website and to understand how it works.
Google Analytics
Accept
Decline
Security
Google Captcha
Accept
Decline